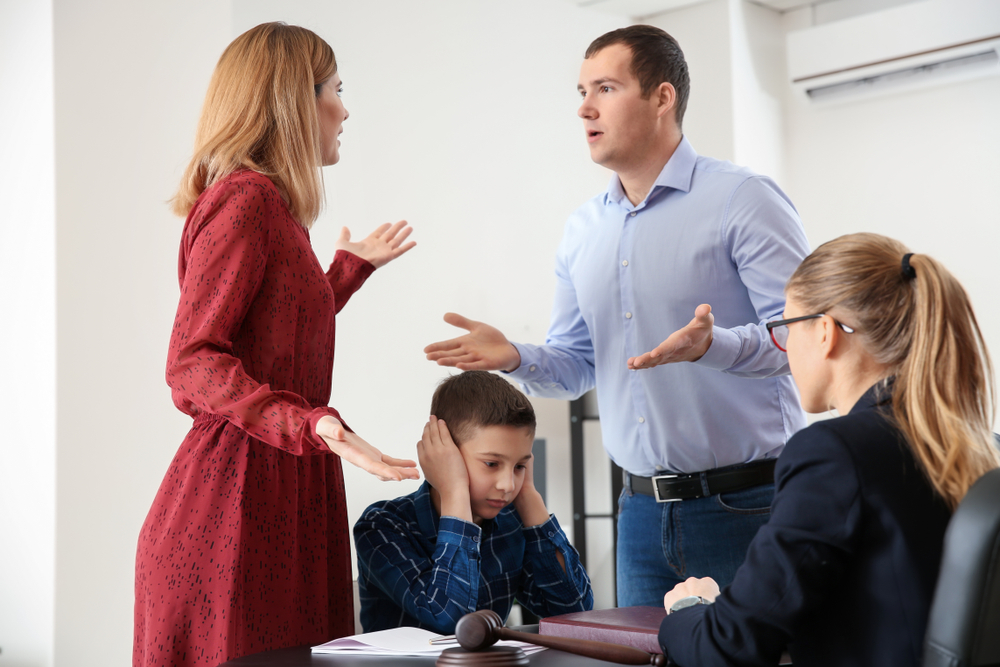 Custody disputes are sometimes an unfortunate part of a divorce. However, they can also occur when parents were never married to each other and have split up. At Tierney Law Group, we see many of these types of cases regularly.

In this type of custody dispute, the courts in California look at the default provisions on the books, whether paternity has been established, and then make different decisions about which parent should be granted full or partial physical custody on a case-by-case basis. Legal custody denotes where the child primarily lives and which parent is granted the ability to make the most significant decisions for the child. Parenting time is the same as visitation. Each parent can have parenting time. Just because one parent has visitation doesn’t mean that parent can also decide what religion the child will be raised with or whether they will participate in sports later in school. Those major decisions are reserved for the one awarded legal custody.

The Mother and the Father in the Eyes of the Court

The courts view the mother and father as both essential people in the child’s life. However, there are cases in which a court may consider that one parent is at an economic or educational disadvantage to the other.

In California, in cases of the unmarried, the unwed mother automatically receives full legal custody, and the other parent cannot take the child from her. This understanding means that the unwed mother gets to have the child live with her full-time, and the mother makes all the critical life decisions. Biological fathers have no legal rights until paternity is proven and established. To prove paternity, the father must go through an approved court process to require the mother to submit to this, then the results and requests for custody or visitation (or both) can be looked at by the court.

Even if a father’s name is listed on the birth certificate, the mother can legally relocate without the father’s permission. In addition, she can cut off all contact, despite the father’s possible moral objections. A child custody modification lawyer in California can help ensure that the courts evaluate all relevant factors and grant custody as necessary.

After the father successfully establishes paternity, the courts consider several factors when weighing how much custody and visitation to grant to each parent.

A qualified and experienced child custody lawyer in Pleasanton CA will be adept at helping you present these factors in the best light possible so the facts can be weighed fairly.

There are many cases when parents cannot agree about who should have custody. A CA divorce lawyer can help you with these types of cases, often proposing solutions neither the mother nor father would have initially thought of on their own.

Good lawyers will communicate with you about your case, the developments, and work to resolve it as soon as possible.

Do not allow the process of deciding child custody between two unmarried parents to be more complicated than it needs to be. If you need help with divorce and custody laws, consult with Tierney Law Group. We can provide a consultation to discuss your situation and determine what options are available to create an equitable solution that works for everyone involved. Contact us to schedule an appointment today!

Our Bay Area Attorneys at Tierney Law Group, PC provided the highest quality of personalized legal services for all our clients. Let us represent you today!
Contact Us Now